Forensic Chemistry Professors You Should Know

When there is only half a sandwich as crime scene evidence, forensic chemists are the best source for getting real criminal data. Whether it’s new ways to collect hair and blood samples, or developing the most cutting edge technologies for lifting and analyzing fingerprints, forensic chemists are the people who are on the front lines of how we capture criminals. These professionals use microspectrometers, infrared analyzers, and other tools to evaluate trace materials from crime scenes.

The field of forensic chemistry is relatively new, yet the leaders in the field are continuing to push the edge of what information can be gleaned from even the smallest piece of evidence. Dr. McCord teaches Analytical and Forensic Chemistry at FIU in addition to continuing research in forensic genetics, explosives residue detection, and toxicology. His research has made him one of the most notable and published professors on the list, with over 75 peer reviewed papers. He also serves on the editorial boards of Electrophoresis and The Journal of Forensic Science. In 2008, he won the Paul Kirk Award from the American Academy of Forensic Science (AAFS) Criminalistics Section in recognition of his outstanding contributions to the field of Criminalistics. 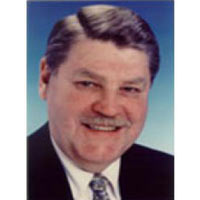 Dr. Reffner has authored over 70 publications, holds over 10 different microspectrometry-related patents, and has presented expert testimony in major criminal trials around the US over 20 times. He is a nationally recognized name in the field of Microscopy and Micro-Analytical Chemistry and the award-winning Criminal Science program at John Jay has benefitted from his extensive expertise. He currently sits on the editorial board of Microscopy Today, and has earned numerous awards for his research including the AAFS Paul Kirk Award (2004). Dr. Goodpaster is both a professor of Chemistry and the Director of the Forensic Sciences Program at Purdue. His engaging lecture style and top-tier research has earned him notoriety amongst forensic chemists as well as the Best Oral Presentation Award from the International Symposium on the Forensic Sciences (Australia, New Zealand, 2014). He also was recognized by the US Departments of Treasury and Commerce for his service in chemical analysis of compounds working with the Department of Defense. He is a peer reviewer for a number of journals, including the Journal of Forensic Sciences and Analytical and Bioanalytical Chemistry. An active member in both teaching and professional organizations, Dr. Jackson is the Distinguished Professor of Forensic and Investigative Science at WVU. He also acted as the 2014 Chair of the American Society of Mass Spectrometry (ASMS) Security and Forensic Applications of Mass Spectrometry Conference and the SciX Conference (2015). In 2012, Dr. Jackson received a $562,000 National Science Foundation (NSF) CAREER Award for achievement in combining research and education as a teacher. Dr. Trejos is the Director of the Professional Science Master Program in Forensic Sciences at the FIU International Forensic Research Institute. She also teaches Forensic Chemistry graduate courses in addition to her outside responsibilities as the Co-Director of the bilingual scientific journal Revista de Ciencias Forenses. She recently was awarded the National Award of Technology from the Costa Rican National Academy of Sciences (NAS) for her contributions to standardizing the LA-ICP-MS method of fingerprinting. She is one of only 7 women who have ever earned this honor. Dr. Urasa is heavily involved in teaching, research, and professional service in the field of forensic science. In 2007, he was awarded a $410,000 Promoting Minority Student Interest In Science and Scientific Careers Through Forensic Chemistry Grant from the US Department of Education. Through that grant, he has been able to focus on his passion - Environmental Analytical Chemistry. In addition to being the Chair of the American Chemical Society Waters Working Group, he has also been the Higher Education Specialist for the US Agency for International Development (2000). Dr. Girard is the Chairman of the AU Department of Chemistry in addition to his teaching duties in analytical, environmental, and forensic chemistry. He is the author of Principles of Environmental Chemistry and Criminalistics: Forensic Science and Crime, both seminal volumes used in college courses around the US. He has received numerous college-level teaching recognition awards in addition to the US Department of State Franklin Fellowship (2009). An avid researcher, he has been awarded over $3.2 million in funds from organizations like the National Foundation for Cancer Research (NFCR), National Institutes for Health (NIH), and National Institutes of Standards and Technology (NIST). Dr. Morrison is the Principal Lecturer in Chemistry at Trinity College. Her research with forensic analytical chemistry - specifically in analyzing drugs in "alternative" biological specimens like saliva and hair - has put her on the national map. Prior to her teaching position, she was a member of the NIST. Dr. Morrison holds a patent on a specialized hair collection device for use in forensic chemical analysis, and has been an invited lecturer around the US for her knowledge in drug analysis from hair specimens. She teaches Introduction to Forensic Chemistry. Dr. Greenblatt is considered one of the most influential solid-state chemists in the US, and will be one of the professors for the new Chemical Forensics program at Rutgers as of Fall 2015. She has published over 350 journal publications in regards to crystallography and materials with magentoresistance. She received the ACS National Award for Inorganic Chemistry in 2003. Dr. Greenblatt has also served as the Chair for an Electrolyte Solids Evaluation Program for the Department of Education as well as the Chair of the Gordon Research Conference on Solid State Chemistry (2004).

Each of the members on this list have been chosen through careful research based on the following criteria:

At any crime scene, tiny bits of information can be the difference between freedom and a life behind bars.

What is Forensic Biochemistry?

Five Most Innovative University Forensics Labs in the U.S. in 2022

Those who practice forensics are essentially scientific detectives.