Dennis Rader was an Air Force veteran, church council president, and Cub Scout leader. But most people now know him by the name BTK, which stands for the method he used to systematically murder ten people between 1974 and 1991: Bind, Torture, Kill. Over those 17 years, BTK terrorized the public by sending taunting letters to local media outlets and claiming to be driven by the same dark energy that guided Jack the Ripper, the Son of Sam, and the Hillside Strangler.

After 1991, however, BTK went silent, and the case went cold. No fingerprints. No eyewitnesses. No leads. Just a jagged rip of loss and fear through the metropolitan area around Wichita, Kansas, where BTK had committed his murders.

When BTK resumed his communication with the media in 2004, he overlooked a critical fact: this was now the 21st century, and law enforcement officers were becoming increasingly adept at forensic science. Over the course of 11 letters and packages sent by BTK during 2004 and 2005, law enforcement officials slowly began filling in the blanks.

Bringing BTK to Justice with Forensics

BTK’s first 21st century communique was a letter sent The Wichita Eagle that included crime scene photos and a driver’s license belonging to a victim from 1986. This victim had not been definitively linked to BTK until then. Armed with the new connection to the BTK case, police collected DNA from under the victim’s fingernails, and launched a campaign that tested hundreds of local men for a possible match.

In another package intended for law enforcement, BTK used a drop-off point that was within view of a nearby store’s surveillance camera. Grainy footage showed a blurry figure dropping off the package and leaving in a black Jeep Cherokee.

The final piece of the puzzle came in the form of a purple 1.44 megabyte floppy disk that BTK sent to a local Fox TV affiliate. He didn’t believe that the information he included could be traced. But it was the information he’d deleted that interested forensic investigators: metadata embedded in a deleted document contained the words Christ Lutheran Church, and attributed the last edits made to someone named Dennis.

From the time investigators received the floppy disk, it took just nine days to put the case together. They learned that Christ Lutheran Church had a council president named Dennis Rader. Further reconnaissance found a black Jeep Cherokee outside of Rader’s home, matching the one caught on surveillance from an earlier package’s drop off.

Strong circumstantial evidence wasn’t enough, so investigators obtained a warrant to test the DNA of a close relative: Rader’s daughter, who’d had a pap smear done at Kansas State University’s medical clinic. DNA tests done at a lab in Topeka revealed a familial match to the DNA under one of BTK’s victim’s fingernails (the victim who had not been previously linked to BTK until his letter to The Wichita Eagle). The chain of evidence was clear: Dennis Rader was BTK.

Dennis Rader was arrested on February 25, 2005—over 30 years after the investigation had begun. In his interrogation, Rader said, while confessing to all ten murders he’d committed, “The floppy did me in.”

Digital forensics has come a long way since BTK’s case. A criminal’s fingerprints and DNA aren’t only on physical objects anymore; they’re on data and metadata, too. Every email, every photo, and every device connected to a network is now a possible smoking gun.

The investigators working BTK’s case used every drop of possible evidence they could find. Today’s investigators couldn’t possibly do the same. In a recent rape case in the UK, the prime suspect’s chat logs contained over 70,000 WhatsApp messages—any one of which could have been enormously relevant. The digital forensics team in charge of the case estimated it would’ve taken a single investigator 90 days of working nine to five before combing through them all.

Today’s digital forensic investigators have to work smarter, not just harder. Artificial intelligence can play a role in preliminarily sorting through massive swathes of seized data. Technical understanding of different devices, programming languages, and logical shortcuts are paramount. Further knowledge in legal proceedings is crucial for maintaining a chain of evidence that maintains a court-approved integrity. All this requires digital forensic investigators to have a type of forensic education that would’ve been unheard of in the time of BTK.

University of Albany (Bachelor of Science in Digital Forensics)

The University of Albany’s BS in digital forensics program is the first of its kind in New York, and one of only a handful in the country. It focuses on building a broad and practical base of digital forensics tools that can be used in cybersecurity, forensic accounting, and criminal investigation. The program draws from four separate schools: business, criminal justice, public affairs, and computing and information.

URI’s Digital Forensics and Cybersecurity Center hosts a graduate certificate program in digital forensics. Designed for professionals who can’t commit to a full-time master’s degree, its online curriculum culminates in a tech-oriented degree that integrates with the practice of digital forensics.

The four-course, 16-credit program includes the following classes: digital forensics; introduction to network and system security; advanced digital forensics; and advanced incident response. The program has been evaluated by the National Security Agency (NSA) and the Department of Homeland Security (DHS). 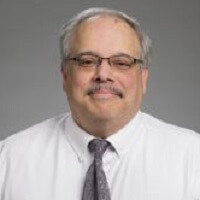 Prior to joining the faculty at Albany, Auffant enjoyed a 26-year career as a member of the New York State Police, where he held the rank of technical lieutenant and acted as manager of the computer forensic laboratory and field digital forensics operations. He also served as the unit’s training coordinator, developing digital forensics education for law enforcement personnel. Auffant remains a member of several professional organizations such as the High Technology Crime Investigation Association (HTCIA), High Tech Crime Network (HTCN), and the International Association of Computer Investigative Specialists (IACIS). 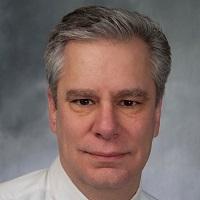 Dr. Fay-Wolfe founded the University of Rhode Island’s digital forensics program with funding from a National Science Foundation (NSF) cybersecurity capacity-building grant. He also leads the digital forensics research program at URI, which is the US Department of Justice’s highest funded program. It has received six separate awards from the U.S. National Institute of Justice’s (NIJ) Electronic Crimes Program. A court-certified expert witness and established digital forensics expert, he has published over 100 professional articles and books. 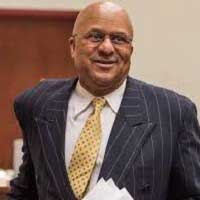 Patrick O’Guinn, Sr. is the program chair of the digital forensics and cyber investigation graduate program at UMGC. He earned his JD from the University of California, Hastings.

Prior to joining UMGC, O’Guinn spent 23 years teaching at Howard Community College, where he also created the digital forensics program. As a trial attorney and certified expert witness, he has extensive experience in digital forensics and litigation. During his time at Howard, he was named Outstanding Professor of the Year.

Often times, students choose a college or major without understanding much about who might be instructing them and guiding their educational experience.

Even if you’re familiar with some of the different careers in forensics, you may not know the specific paths that lead to them, or the options and decision points that present themselves along the way.

As technology infiltrates every aspect of our lives, it is no wonder that solving crimes has become almost futuristic in its advances.