The criminal justice system in America is the overarching establishment through which crimes and those who commit them are discovered, tried, and punished. A criminalist is not involved in determining the guilt or innocence of an accused individual. Their job, rather, is to present an objective analysis of the evidence. 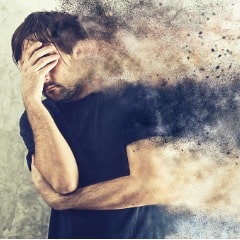 In 1972, the outcome of Furman vs Georgia put a nationwide moratorium on the practice of capital punishment in the United States. Three years later, however, Gregg vs Georgia gave states the right to reinstate the death penalty upon fulfillment of certain conditions. In the 46 years since that ruling, a number of cases have challenged the use of capital punishment, but it has been upheld by the Supreme Court allowing for the execution of over 1,500 people since 1976. Forensics is the use of techniques or scientific tests in order to detect crime. This broad field encompasses professionals from lab technicians to IT professionals to doctors and even police officers. Work can be performed in a lab, out in the field, in an office, or one-on-one with clients or victims. Given the wide variety of jobs in forensics, salaries vary widely.

How to Become a Fraud Investigator – Education & Qualifications